The Jorhat District (“jor” means twin and “hat” means market) means two hats or mandis- “Macharhat” and “Chowkihat” which existed on the opposite banks of the river Bhogdoi. During the 18th century, Jorhat was the last capital of the Ahom Kingdom, as a planned town under royal patronage. It is often spelled as “Jorehaut” during the British reign. In 1794, the Ahom King Gaurinath Singha shifted the capital from Sibsagar, erstwhile Rangpur to Jorhat. Many tanks were built around the capital city by the Ahom royalty such as Rajmao Pukhuri or Borpukhuri, Buragohain Pukhuri, Bolia Gohain Pukhuri, Kotoki Pukhuri, and Mitha Pukhuri. This town was a flourishing and commercial metropolis but was destroyed by a series of Burmese invasions of Assam between 1817 and the arrival of the British force in 1824 under the stewardship of David Scott and Captain Richard.

From the very first decade of the British rule, revolutionaries like Gomdhar Konwar, Jeuram Medhi, and Piyali Phukan emerged. The British system of administration came into vogue in the year 1839 with an established Police Thana. During the great Sepoy Mutiny, Maniram Dewan and Piyali Barua were publicly hanged here in 1858.

In 1885, a narrow-gauge railway, Jorehaut Provincial Railway, became operational. In time, this contributed to the rapid growth of the tea industry. 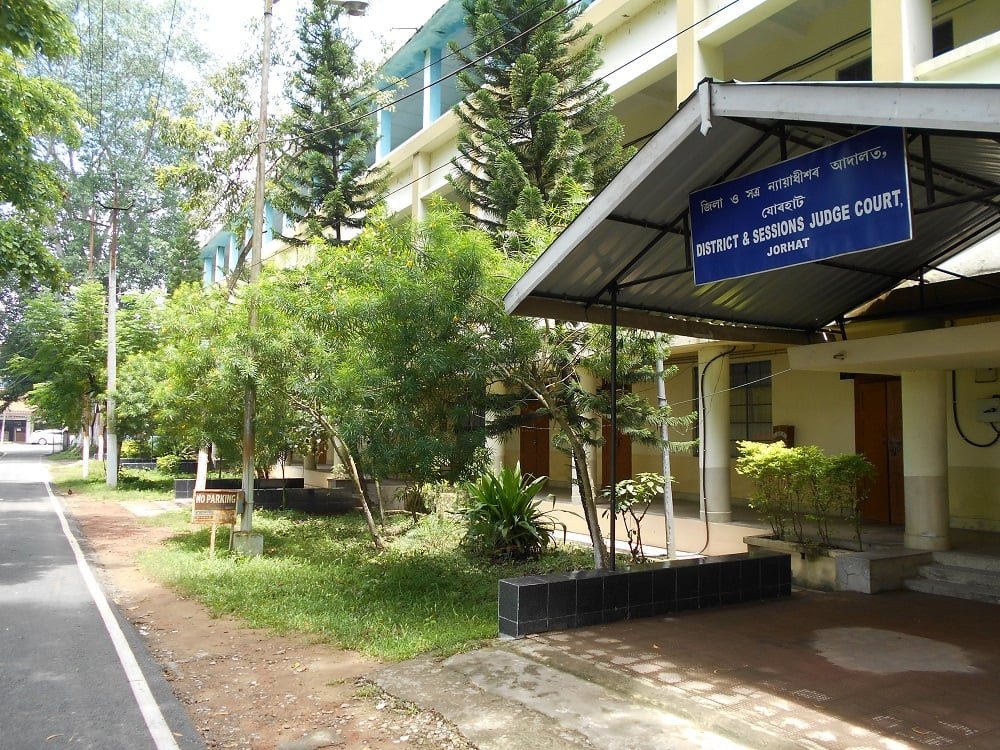 The Courts Within the District & Sessions Judge Establishment, Jorhat

The Criminal Courts in the Jorhat District are under the establishment of the Chief Judicial Magistrate, Jorhat. The existing courts within the said establishment.

When it comes to the selection process, the candidates have to take up a Written exam / Interview. Selected candidates will be paid a handsome salary (as per Govt rules). The type of questions that are asked in the technical interview round differs from one position to another. There are multiple steps for the selection process for the posts of Stenographer, Clerk, Peon, Process Server, Gardner, Chowkidar, Liftman, Sweeper, Watchman, Cook, etc. in the Jorhat Court. The procedure is as follows

Eligibility Criteria for Peon and Chowkidar of Jorhat Court

The eligibility criteria for Peon and Chowkidar candidate is Class VIII pass, but Class Xll is not passed. Candidates who have passed class XII are ineligible to apply.

The selecting/appointing authority will not issue any admit card/call letter etc, to any candidate and will call candidates to participate in the selection process by publishing a notification in the aforementioned website and notice board of the office of the undersigned. Candidates are advised to visit the aforementioned the website regularly for updates and important information. Unnecessary correspondence should be avoided.

We advise to candidates for other Jorhat Court Recruitment 2022, How to Apply, Selection Process, Age Limits, and other details please read given here official recruitment notification carefully before apply online or Offline.

Know the current status of your case by Return SMS

Important: Case Number Record (CNR) is a unique Identity Number of each case, which remains constant. All the Advocates, Litigants, and stakeholders are requested to ascertain the CNR of their respective cases from the concerned Courts and to refer the same for all future references.